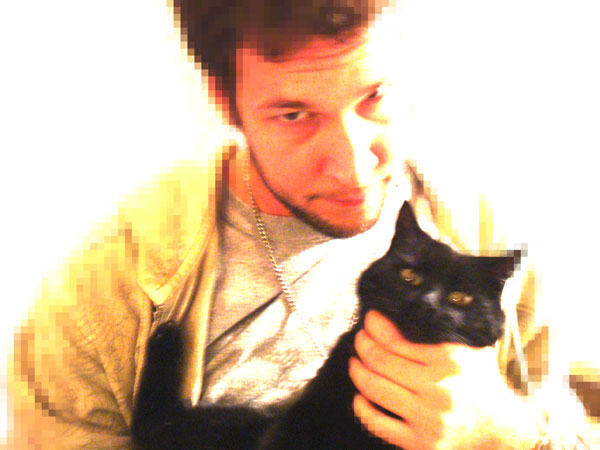 A man is dead, a man is alive. A man thrives off accomplishing the reach of his furthest beach. It’s a shitty day in Chicago, Illinois, as usual, where grey is the way, at least for this son-of-nothing. Let me bring you up to speed. Life as we know it, is as you individually know it. Some animals are psychic, some insects are kings, some people are manipulating magnetic fields, some dream, some scream etc. Electricity is easily harnessed. Any who, here’s a shadowy myth wearing sunglasses and a tooth pick, faded acid jeans, and visions of all your dreams. Anything can and can’t be true. Any who, appearing at the corner of Clark Street and Fullerton by the brand new, attempting franchise titled Five Guy’s Place of Food, stands a created insertion for the year 2010. The significance in this number is that it sounds good. A strange time perhaps, the entertainment industry is fast food and crap, and the world’s civilization collapse is probably subconsciously within every human mind’s grasp; unless you’re the coined phrases “ignorantly blissful”, “stupid”, or a “naive kiss”, I love you; I forgot to tell you that. Here’s something that appears to be a grown man that can physically see whether your flow flows from in-to-out or out-to-in. Are you a winner or are you a fucking loser? Something that maybe he judges, but by not that degree. Here’s something that will decide whether you stay or become free. Become free of yourselves, victims of a long-stretched retarded concept called civilization. Once he’s gone, trust time will no longer exist besides seeing the color of day change back and forth, and remembering the beloved. He adjusts his leather gloves, cut off at the fingertips, and starts to walk across the street displaying no emotion, yet all determination. Chicago has previously never been this serious. He proceeds towards the lake, when he crosses yet another street, eyes greet another real life form. He addresses the identified as the cat, the muse, or the Plya who he receives all his confidence from. During this conversation between visions and lives, a fair-skinned, red-headed, somewhat pretty middle aged woman jogger, wearing a red New Balance jump suit passes by at about 6 miles per hour and projects a struggling, dirty look. This may fly with some who are civilized, but not on this day. We all call this maybe victim number one. There’s a chance it was just an incorrect glance. “Let’s research” he says to Plya telepathically. So Plya and he walk hard to keep up after the middle-aged woman jogger. Times aren’t real, then either is this? “We will free her if we have to” says Plya telepathically. Always assume that this is how their communication communes. As normal, it appears that there’s no response from him. By the way, you will never know his name or whether he is truly here in all this. Walking harder, the right distractions are ways, simple, and beautiful. Looking around and looking at this place. Imagine the first moment fire was discovered and felt, and then what that feeling felt like for the discovery itself, what the people felt who discovered it, and what the fire felt for just being in existence. Look at this life and see through all hardness, the delicate, complex softness and heat. So, on the pursuit of all evolution, now we have the lighthouse solution. In order to keep up, Plya has to run a little. Look at little Plya move. Plya appears to be a teeny tiny 5 pound feline kitten, but maybe about 6 years old with long nails, black fur, black skin, including mystical creamy jade eyes. From a hyperspace point of view, Plya and he would appear to be a strange couple, but cute. A rock and a flower constantly connected unconditionally. The middle aged woman jogger starts to feel through the back of her little head that a soon-to-be-dealt-with medium is walking hard towards her fate. Does she know what it is to fate? When the heart beats uncontrollably fast, only the great givers can give to their hard beating hearts a mild flying pulse fast. This woman, this person, this human, spends too much time worrying about her own benefits. He can already perceive that her small existence consists of countless disappointments to her expectations. Taking any thing she can snatch up to help her get from one day to the next. There is no such thing as a reality show, because everything’s reality is unimaginably different. You could imagine being the bear, but you will never really accomplish the conversion. There is no idea of perceiving how anything else feels the sun, even if you have similar skin follicles; or what tones should sound like to something else even if you have similar ear structures being as giving or empathetic as possible. One should not assume that anything else perceives the exact same way under any circumstance, which would be a waste of time, and a lack of appreciation for other life forms. Tones sound differently from him to her and from her to him. What he witnesses in his vision, she cannot see, but sometimes the most experienced ones can scrape a pretty good identity of what the opposite is seeing or releasing, unaware to the opposite. In this particular situation, the middle aged woman jogger only perceives what Plya and he want her to perceive until the moment of Aura Destiny. As the arrival of Plya and he get severely closer, the earthly screen fades into beauty like everything and evolves on.